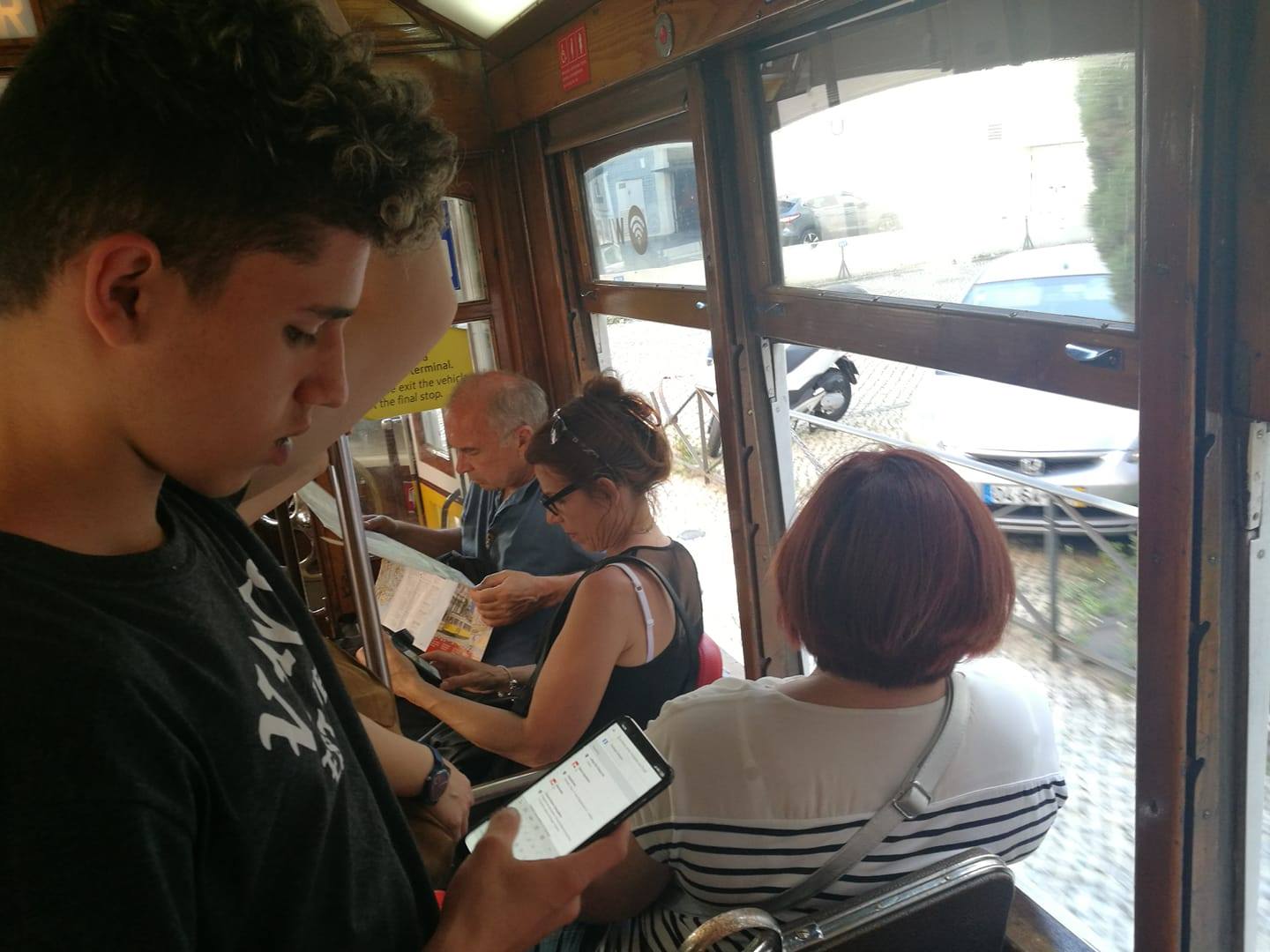 I’ll have a story for you from Lisbon. I met a boy in Lisbon, totally unknown boy for me. Until now. He’s gonna stay in my heart connected to Lisbon experience forever.

The ladies were very nice, still sitting and trying to enjoy the ride, not worrying too much. But the boy changed. I was standing right next to him. Actually, I was so close to him that I could read everything on his mind and in his face.

From the minute he realized he can’t help the women because of his lack of French language, he was trying to find the way how to explain it to them, how to find the right words in Google translator, whispering the words for himself, using Google maps to show them the way.
I watched him. The whole time. Very carefully. Very close.
The struggle was real. He wanted desperately to help them. He wasn’t sure how to do it. How to start the conversation again. How to pronounce the words.

So he was going back and forth. Google maps, google translator. Google maps, google translator. Looking at the women, whispering the words for himself, afraid to try to talk to them.
He was struggling for almost 8 minutes. And I was standing next to him, watching him and saying to myself: “ Come on, Rebel, come on teenager, you can do it, you really want to help them, you can find the courage inside of you, you can.“

And I also knew I can’t’t help him. Well, yes I could but inside I knew I have to leave him space so he can discover the courage by himself. So I waited next to him, I was encouraging him silently standing next to him, I was there without noticing, but I was there every step of those long eight minutes.
I was looking at him straight to his face. The whole time, emotion after emotion. He was fighting hard with himself.

And he did it. He bent down and started to talk to them in French. Just a few words. And it made a difference.
The women thanked him and you should have seen his face! Smiling from ear to ear, so proud of himself, so honored of himself.
The ladies thanked him for his help again and left the tram.
He was standing there asking me to sit down.
I told him: “ What you have just done was so brave! You are so brave. You, as a teenager, didn’t have to bother with two ladies. You didn’t understand them but you have found the way to help them. What your name and how old are you?“

He smiled again. No wait, he shined! „I’m Rodrigo and I’m fifteen. Thank you. Yes we learn French at school but I am not good at it. So I was scared.“
„I know. But you made it through. Nothing can stop you now from learning. You have found a way. You made an impact.“
I KNOW that this kid, Rodrigo, after this experience, will find the way not only to learn French, his motivation was just discovered, but this „small“ experience will remind me and him the great feeling after you decide to go forward no matter what circumstances and excuses you might have.
Teenagers – Rebels – are awesome and I can always learn a lot from them. Let me be this another reminder. Leaders are on the way.
And now look at the photo again. THIS IS RODRIGO. HE IS 15 YEARS OLD. HE IS LOOKING AT HIS CELL PHONE TO LEARN AND PRACTICE WORDS IN FRENCH SO HE CAN HELP FOREIGN PEOPLE IN HIS COUNTRY. HE IS MY HERO.

My question is: „How does learning a foreign language change your life, save others lives, improve your life?“
Too bad I can’t show you the photo with his smile. But believe me it was worth it.